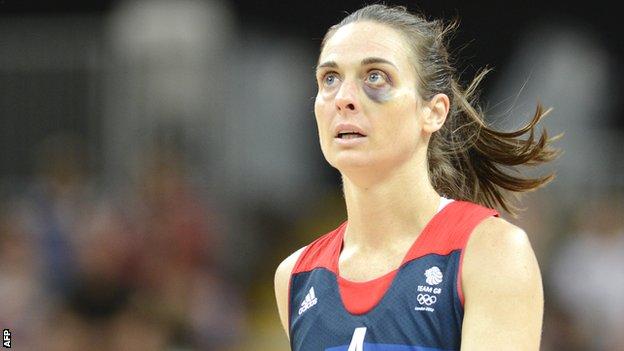 Natalie Stafford has been named British Basketball player of the year, following in the footsteps of 2007 and 2008 winner, NBA star Luol Deng.

The 35-year-old guard was the only player to claim a 100% free-throw rate during the Olympic Games.

Stafford achieved an average of 15.6 points during the competition.

"I am extremely proud and excited to receive this award," she said. "2012 was a tough year where I ate, slept and breathed basketball."

"A lot of sacrifice went into my preparation for the London Olympics, but it was all definitely worth it," she added.

"The support at the basketball games was amazing and although we didn't win a game, the home crowd were fantastic and totally behind us."