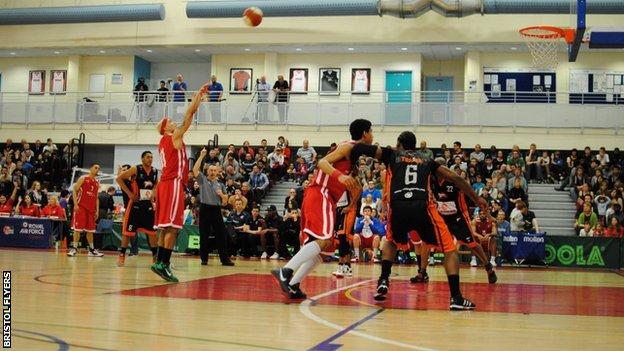 National Division One side Bristol Flyers will play in the BBL from 2014.

"It's given us a third string to our bow along with football and rugby. It will be a fantastic combination."

The BBL currently consists of 13 teams from England and Scotland, but will be expanding over the next two years.

"It's very exciting for the city of Bristol and basketball as well," coach Andreas Kapoulas added.

"We're looking at a five-year plan to build a successful BBL franchise. Bristol Sport can enhance our model and produce a franchise that spectators will want to come and watch."