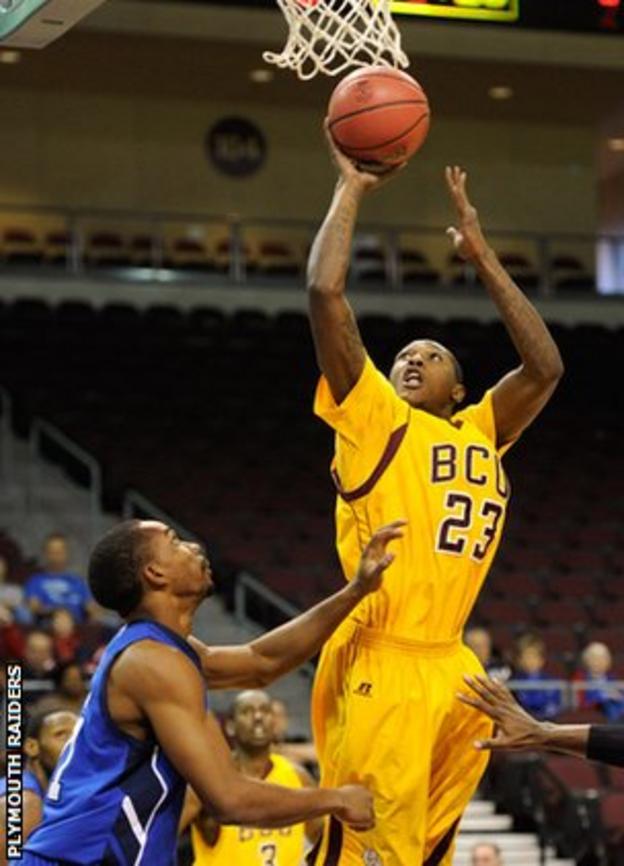 Plymouth Raiders have signed forward Garrius Holloman as their third and final permit player for the new season.

The 23-year-old American played at Bethune Cookman University and signed a deal to play in New Zealand after graduating last summer.

"At 6ft 6ins, he's an athletic small forward, who can also play at power forward. His versatility is crucial to us," said Raiders coach Gavin Love.

BBL teams can have a maximum of three players with work permits.

"Garrius is coming into his second professional season after spending last year in the NBL in New Zealand," added Love.

"He has the ability to score inside and out and his athleticism will help us at the defensive end. Garrius is a dedicated player who I'm sure will be another good addition for us."

Holloman averaged 18.6 points, 6.5 rebounds, and 2.9 assists per game during his time in New Zealand.