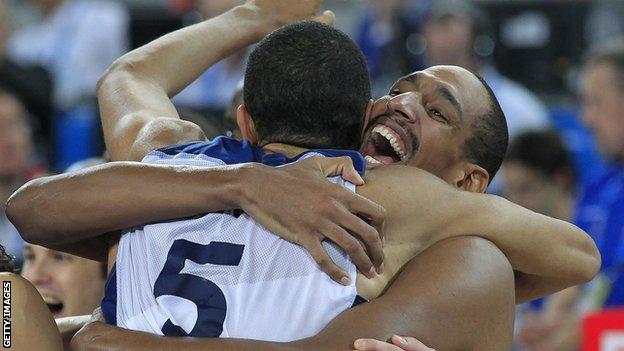 France beat Lithuania 80-66 to win their first Eurobasket final in Slovenia on Sunday.

But San Antonio guard Parker's displays during the run to the final - including 32 points against Spain in the semi-finals - earned him the tournament MVP (Most Valuable Player) award.

The win finally ended a barren spell for a French side - with six NBA players on their roster - making a record 36th appearances in the tournament.

Earlier, Spain beat Croatia 92-66 to take the bronze medal, their fourth podium finish in a row.

Shooting guard Sergio Llull scored 21 points as the 2009 and 2011 winners led from start to finish.

Great Britain had been knocked out in the first round of the tournament which dealt a blow to their hopes of avoiding having their Olympic funding cut.