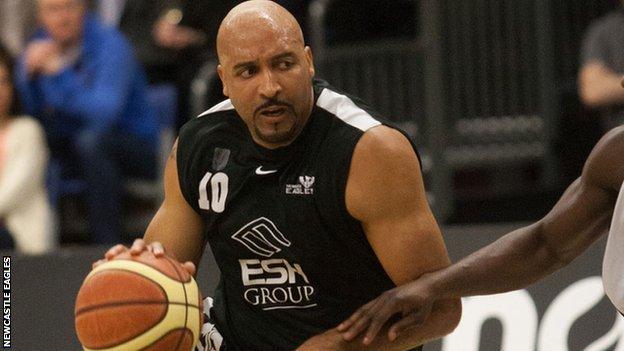 Other than one season where he played in Spain and Scotland, Smith has been at Newcastle for 14 successive years.

"I'm there to help anyway I can. When it's tight, I know part of my role is to settle us down and keep focussed on our game plan," he told BBC Sport.

"It's no good me trying to fire the guys up and saying 'let's go out there and score 40 points' because every game is different so you just have to stay calm."

The Eagles had a busy close season before the 2013-14 campaign, adding four new guards to their roster in and

Those changes meant Newcastle struggled for early season consistency, although they have now won their last four matches and are now fourth in the league.

"The season has not been too bad, but kind of up and down," Smith explained.

"Some of those early losses we had have helped us to identify a few issues that we probably would have ignored otherwise.

"Since then, we've been more consistent on our defensive end and that's where our focus has really been."