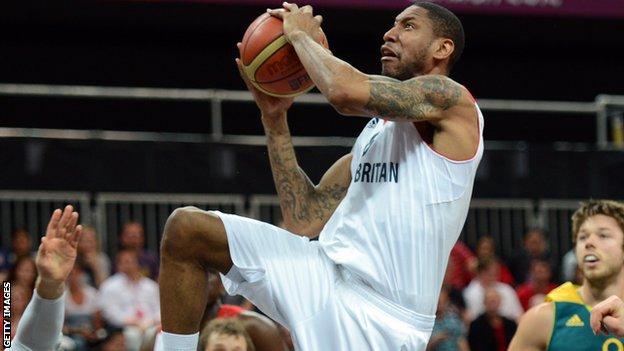 The game swung on Eagles guard Paul Gause being fouled out to trigger a turnaround at the NIA in Birmingham.

The holders had not led since 30 seconds into the contest until Drew Sullivan and Jorge Calvo landed threes with a minute left on the clock.

The nine points scored by Newcastle Eagles in the games's fourth quarter is the fewest scored by a side in that period of a BBL Cup match.

Sullivan scored twice more from the line to seal a 72-69 victory.

In Sunday's rematch, the sides traded free-throws in a scrappy opening that took almost two minutes for a shot to be successfully made from open play.

But Charles Smith, historically Newcastle's most reliable performer in big games, took centre stage to pull his side clear, landing a long-distance shot as the first period drew to a close.

The Eagles then edged nine points ahead before the contest burst into life in as half-time approached. It was sparked by Riders' man Jay Couisnard, most valuable player in last year's final, whose three-pointer was the first of four in a crazy thirty seconds.

Since the BBL Cup's inaugural final in 2004, no side has won the trophy three years running.

That spell pulled the holders within one shot, only for Eagles player-coach Fab Flournoy to calmly lay-up to secure a 37-32 lead at the break.

Having missed 11 of 17 free-throws, Calvo finally provided Leicester with some joy from the line, sinking both to pull them within four.

But Eagles livewire Gause laid up, then added an extra, as his side suddenly streaked into an 11-point advantage.

And Newcastle looked to be comfortably closing the game out when Gause was forced off for his fifth infraction of the match, a situation their opponents took full advantage of.

It was left to Great Britain captain Sullivan to drag his team-mates to victory, earning the 33-year-old the game's MVP accolade, despite his 16-point haul being eclipsed by Smith's 27.

"We died a horrible death at the end but I don't think it was a fitness thing, it was more that guys probably aren't used to the high pressure environment.

"Losing Gause was key because it really hurt our rotations and we didn't cope.

"There has to be positives as we showed that we're a good team for almost the whole game.

"Smith carried us for long spells and in that last period I think the rest of the guys struggled to step up, but I'm sure they'll have learnt a lot."

"I was fired up and couldn't hold the emotion back and I wanted to make sure my players understood that I'm in it with them.

"We stayed locked in for 40 minutes and that was the key to it.

"It's amazing the success we've had and I still remember starting out with 100 people in the crowd. Now we're selling the stadium out.

"It's special. I'm proud to coach this club - it hasn't been easy, everyone's worked so hard."