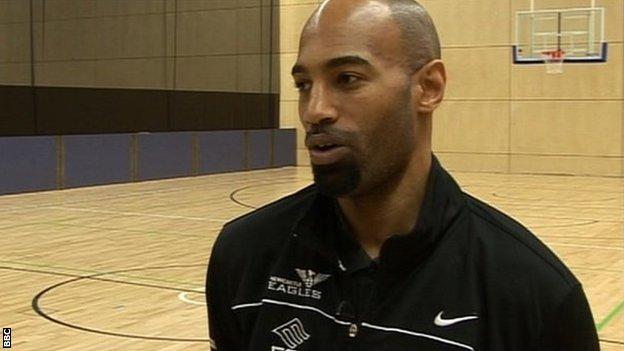 The Riders fought back from 11 points down with six minutes left.

Newcastle, manned on the sideline by assistant coach David Forrester, did not call a time-out until they trailed.

Flournoy told BBC Newcastle: "I felt the team needed me as a coach to give them guidance, but also as a player in our defensive effort."

In 2013, it was the Eagles that overturned a large deficit to lead the final with just 90 seconds left on the clock.

That day too, it was

But the player-coach problem is not a new one for the now 40-year-old former England guard.

Then solely a player, Flournoy joined the Eagles from Sheffield Sharks in 2001.

A year later, he also took on the role of head coach after the departure of Tony Garbelotto.

"It's really hard for me to answer [whether I should stay on the sideline], in all honesty," said Flournoy.

"It was a high pressure game, but I don't think it being in a final made a difference to my role, it's just the situation I'm in - that's the player-coach pitfall."