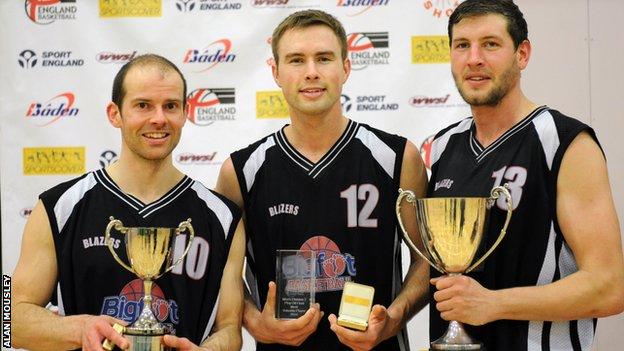 Dorr was named most valuable player, with 19 points, 20 rebounds and three assists in Derby's 73-57 win against Ipswich in Manchester.

"It was crazy how much energy we had going into the game - it was perfect."

Leigh Greenan led the way for Ipswich with 12 points and 17 rebounds against the league-winning Trailblazers.