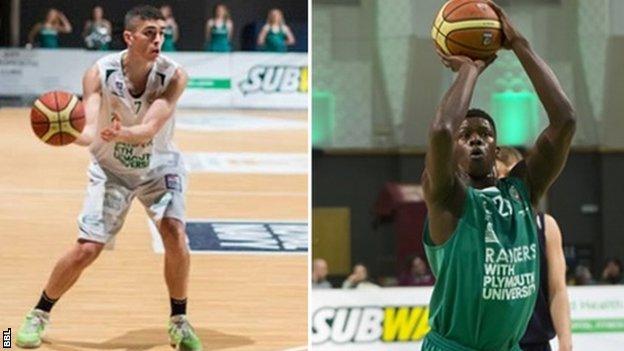 Former Team GB player George, 31, and was named in the BBL's British team of the year and averaged 14.4 points per game.

"I'm really delighted to have been able to sign two key pieces to the foundations of next season," said Raiders head coach Jay Marriott.

Plymouth missed out on the BBL play-offs after finishing ninth in 2013-14.

"I feel that we are getting ahead of the curve with early signings," added Marriott.

"This is the start of a very exciting summer for the club with some big announcements on the horizon and lots to be positive about."