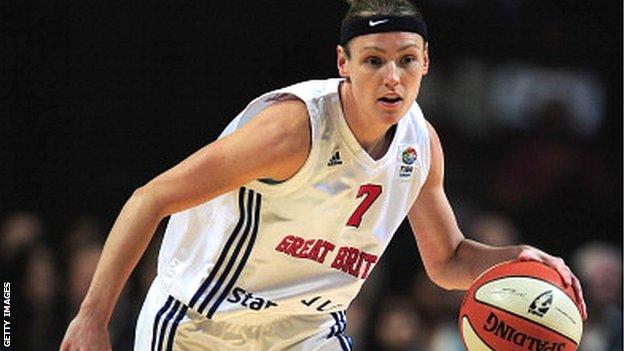 Great Britain gained a hard-fought 56-49 victory over Belgium on Sunday in their first qualifier for next year's EuroBasket tournament.

Belgium led by four points in the third quarter at the University of Worcester Arena but were restricted to just two points in the fourth.

To qualify GB need to finish in the top two of their four-team group.

Head coach Paul Buckle said: "It was a tough game - which we expected from Belgium with their style of play."

In the third quarter Belgium led by four points, but GB rallied establishing a seven point lead with a huge basket from Vanderwal, who scored what proved to be the decisive three-pointer to win the game 1:40 from the end.

GB will play their next three qualifying games away from home in Macedonia, Lithuania and Belgium.

British men's player Kalil Irving said on Twitter: "Once they bring it together, this team have the potential to do big things."

British Basketball lost all its UK Sport funding in February ahead of the 2016 Olympics and are relying on corporate-generated funding to compete.