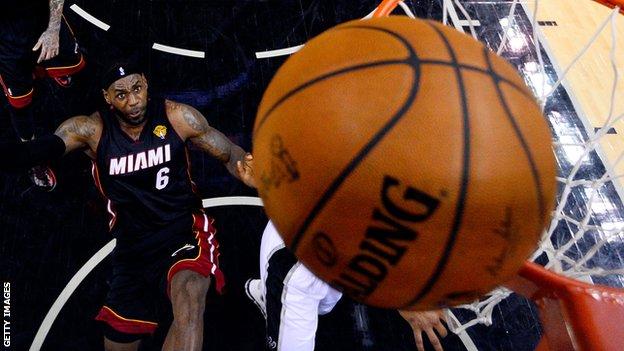 LeBron James scored 35 points as Miami Heat levelled the NBA finals series at 1-1 with a 98-96 victory over San Antonio Spurs in game two.

James, 29, was forced out of Miami's opening match 110-95 defeat with heat exhaustion and cramping.

But he coped with the temperatures in the AT&T Center to register 10 rebounds while Chris Bosh scored 18 points.

"For me, once I am able to get into a good groove, I feel like everything is going to go in," said James.

"I just tried to make plays out there on the floor, put myself and my teammates in a position to succeed."