The Golden State Warriors have set a record for the longest unbeaten start to an NBA season with a convincing victory over the LA Lakers.

The Warriors' 111-77 victory on Tuesday extended their perfect start to 16 consecutive wins.

It means the Warriors have broken the record they previously shared with the 1993-94 Houston Rockets and 1948-49 Washington Capitals.

The Warriors will now seek to surpass the record of 33 consecutive victories during a regular NBA season, set by the 1972 Lakers. 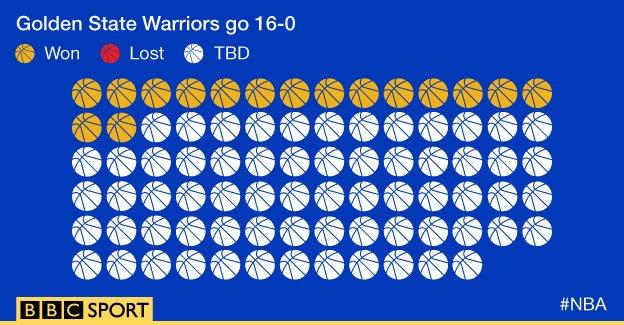