College basketball in the US is huge. The National Championship is one of the most famous annual sporting events in the country.

So throw in a Hollywood ending to Monday night's NCAA final between Villanova and North Carolina and you've got a full-on social media storm.

To re-cap. There were two three-pointers in the final five seconds, including a buzzer-beater from Kris Jenkins to give the Villanova Wildcats a jaw-dropping last-gasp 77-74 victory over North Carolina Tar Heels.

Here's how the 'greatest ever finish to a basketball game' played out.

But Villanova have other ideas... 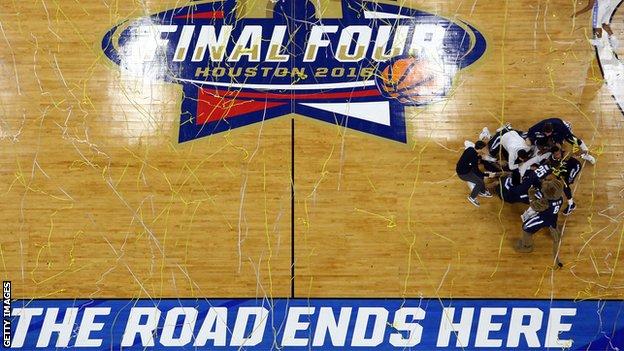 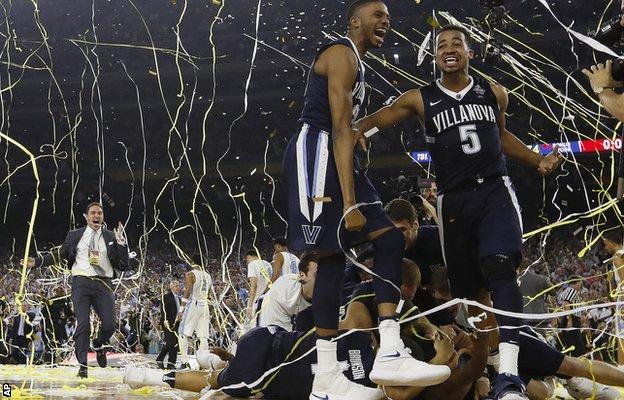 Some people got hurt

Michael Jordan may not have been happy about the finish to the game, but the basketball legend managed a nod of respect.

Others just could not believe what they had seen 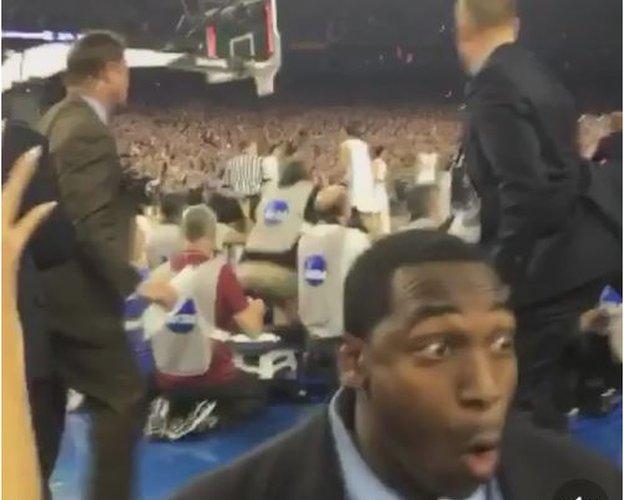 Amateur video has sprung up across social media of the final seconds, with this security guard - watching on the big screen as the game took place behind him - summing up the disbelief.

Then there's this footage from the press box (apologies for the swearing).

But this vine from NBC sports writer Rob Daubster has to be the best angle of all - watch the clock run down as Jenkins lands the three-pointer.

And here's how it all sounded in Russian.

Yet the Wildcats coach is the calmest man in the stadium

Wildcats head coach Jay Wright was filmed barely registering a flicker of emotion as chaos reigned all around him. Later, he cut the net and saluted the crowd.

Meanwhile, elsewhere in the US

There's even an incredible back story

Matchwinner Jenkins was playing against his brother, North Carolina guard Nate Britt. How they came to be siblings is another part of this all-American Hollywood storyline.

Jenkins' parents split up and his mother Felicia, wanting to give her son the best chance possible, asked Britt Sr if Jenkins could live with them in Maryland.

The Britts became Jenkins legal guardians in 2007 and both families were at Monday night's game, wearing customised tops showing their split loyalties.

"Nobody really understood the hard work and dedication it took from my family, both of my families,'' Jenkins said after the game. "It was great to share this moment with them." 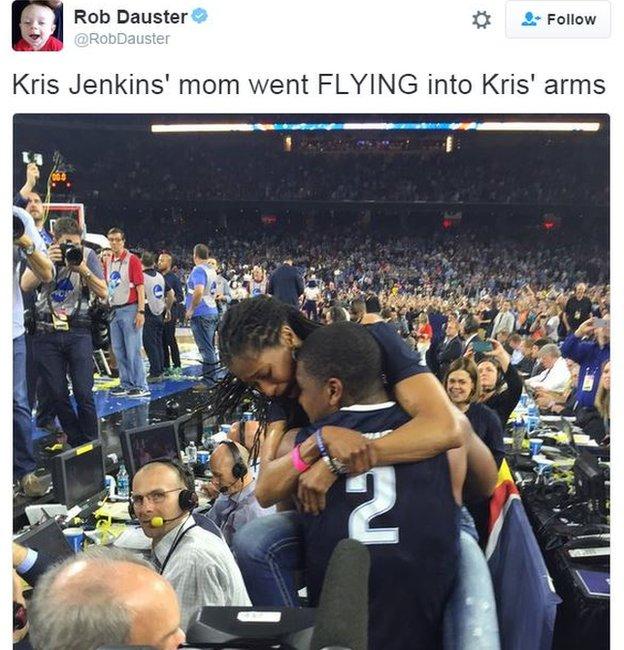