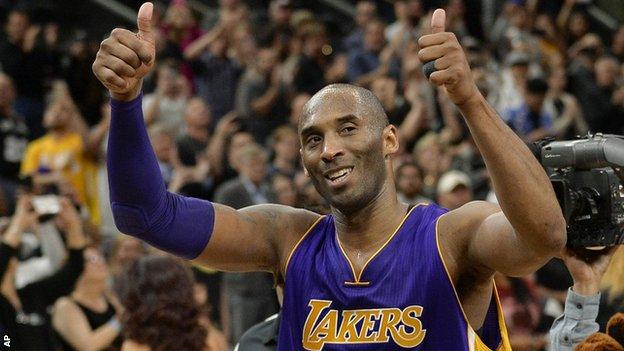 Kobe Bryant's 1,566th and final game for the LA Lakers, bringing to an end a career spanning two decades, was a big deal.

Here are the numbers which tell you why:

The number of Most Valuable Player awards Bryant has won. The accolade given the best-performing player in a regular season, Bryant won it in 2007-08.

The number of NBA Finals MVP awards won by Bryant, in 2008-09 and the following year. It is also the number of Olympic gold medals he has won, helping the United States to the top of the podium in 2008 and 2012.

Bryant has won five NBA championships - only one other current player has won as many (Tim Duncan of San Antonio Spurs).

And only one other player, Karl Malone, has ever made the All-NBA First Team selections 11 times.

That is how many starts Bryant has made in the NBA's annual All-Star Game - the most in NBA history.

And 16 is the number of times Bryant has played on Christmas day - again, the most in NBA history.

No other player in NBA history has spent 20 seasons with just one club. Bryant is a Lakers man through and through.

The number of games in which he has scored 50 points - only Wilt Chamberlain (118) and Michael Jordan (31) have scored 50-plus points more times.

The number of points scored against Utah Jazz in his final game. It was only the seventh time he had scored 60-plus points and the first time he had achieved the feat since 2009. 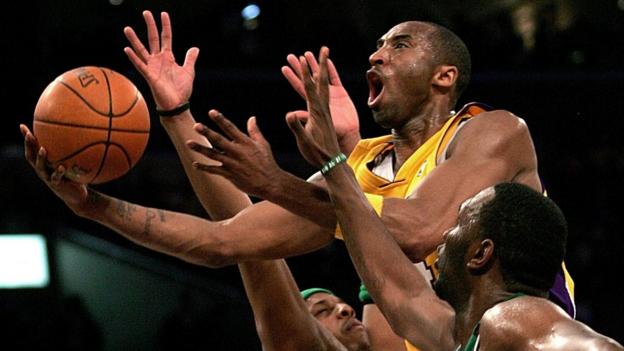 Only five other players have played more NBA minutes than Bryant. He was given 42 minutes in his final game - the most he has played since November 2014.