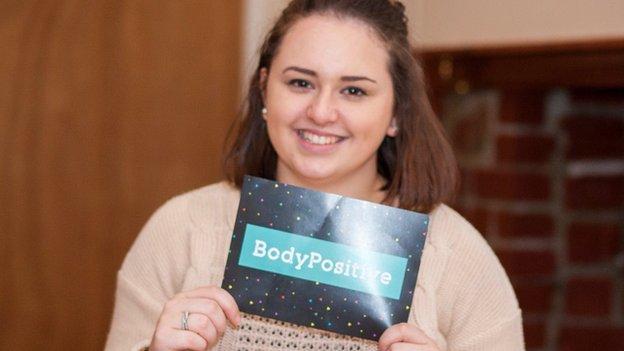 According to research by Epilepsy Society, over half a million people in the UK have epilepsy.

There are many types of epilepsy and epileptic seizure, including both convulsive (involving shaking/body spasms of some kind) and non-convulsive (where people might show no signs of having had a seizure). We spoke to Sophie Harries, who had her first convulsive seizure at the age of 15.

So, what is epilepsy?

Epilepsy is a neurological condition which leads to the person to have seizures. These occur in the brain and can be focal or generalised.

What kind of epilepsy do you have?

I have generalised idiopathic epilepsy with photosensitivity, which means that the cause is thought to be genetic and I have generalised seizures. I have tonic clonic or grand mal seizures, which is the stereotypical shaking and grunting.

Can you describe what it's like to have a seizure - do you remember it?

I can never remember my seizures, I've lost up to four days before. Afterwards I sleep for a very long time - I also ache, and have a really bad headache that lasts the whole day.

Do you get any warning signs that you're about to have a seizure?

Find out more from Epilepsy Society

Most of my seizures have occurred when I'm either asleep or going to sleep - however I have had one whilst awake and I didn't get any warning signs like some people get.

How does someone get epilepsy - were you born with it?

Epilepsy can be inherited (idiopathic) or caused through injury such as stroke or a tumour (symptomatic). Although my epilepsy is thought to be genetic I developed my epilepsy at 15; this may be due to my seizure threshold (the level of stimulation at which your brain will have a seizure) becoming less but no one can say for certain.

Do you remember your first experience of epilepsy?

My first experience of epilepsy was really scary. I was abroad, the doctor spoke broken English and I was being given a drug to help my muscles relax. I had no idea what had happened and when I found out I was even more scared.

Why now? What caused it? What's wrong with me? So many questions which didn't have answers, and not all of them will ever will be answered. Even now when I have a seizure it knocks all my confidence and all the questions get asked again.

What do you have to do to control your epilepsy?

I take medication daily to control my epilepsy and will have to for the rest of my life. I also have to avoid triggers, make sure I get enough sleep and don't get too stressed.

How does it affect your day to day life?

Day to day my epilepsy doesn't have a massive impact but I do have to be mindful of situations - especially if there is anything to do with lights. Bicycle lights that flash when I'm walking home are a particular issue in the winter, and then in the summer I have to cover one eye if the sun is flickering through trees.

Do you feel like people treat you differently because you have epilepsy?

Most people don't treat me too differently if at all, although they are mindful of my triggers and try to avoid them.

However, some people do treat me differently. I've been called "Epi" instead of my actual name (which the person didn't bother to learn!), and I've been told that I am possessed and have the devil in me, when I was on a bus. I have also been told that epilepsy isn't a disability and that I'm making a fuss out of nothing.

Is there anything you can/can't do as a result of your epilepsy?

I can't go to the cinema or nightclubs with my friends where there are strobing lights, and I have to ensure I get enough sleep and don't get too stressed.

Do you feel it's had a positive or negative effect on your life, overall?

Overall I feel that epilepsy has negatively impacted my life, but I have been able to work with Epilepsy Society to raise awareness which I see as really valuable.

What advice would you give a young person who's just been diagnosed with epilepsy?

I would say to get stuck in raising awareness - it will be incredibly valuable and help you come to terms with your diagnosis.

Also be open and talk about it with people. Initially I didn't want to tell people I had epilepsy and it made it difficult to say and explain it - it became my big secret.

Finally, focus on the positives and the milestones. This month I'm a year seizure free :)