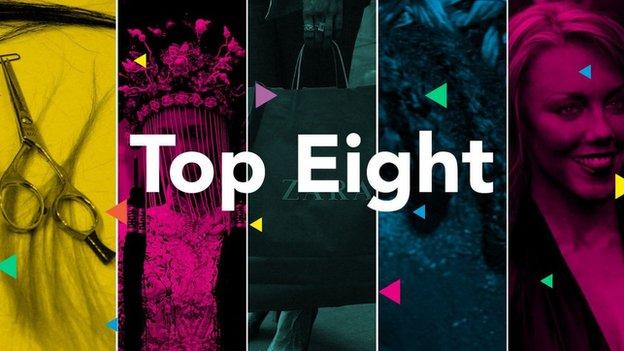 1. Nine-year-old reporter Hilde Kate Lysiak broke the news of a murder in her neighbourhood, and then found herself criticised online by people who felt she was too young to cover the story. Lysiak, whose father is a journalist, spoke to the Washington Post after her video rebuttal grabbed headlines in America. The pre-teen reporter said people seemed more concerned about her age than her work.

2. High street store Zara has found itself in the middle of a storm this week after a staff member was reprimanded for her hairstyle. Jezebel reported Cree Ballah's story after she went to work with her hair in braids and said she was humiliated by the store managers who said it wasn't the right look for an employee of the store.

3. The BBC Magazine visited hair salons around the world and met their customers, from Miriam's rebellious red curls in Lebanon, to a first haircut after chemotherapy; this is an interesting tale of the relationship we have with our hair around the world.

4. Three women told Glamour Magazine about their struggle with depression and how they came back from the brink of suicide. There is no quick fix for mental health, but their stories show that it can affect people from all walks of life, and the best thing to do is be open and honest with yourself and those around you.

5. BBC News reported that a video about China's "leftover women" has gone viral with its honest portrayal of the pressure Chinese women and their families feel about marriage. Author Leta Hong Fincher helped make the video and said that times are changing in China as women reject the idea that they need to get married before they're 27.

6. Stacey Huckeba of the Huffington Post shared her story about the relationship between dancing and her body confidence. She enrolled in a beginner's burlesque course, and explained how she's getting her groove back.

7. Chaya told BBC News about her struggle to balance her life in an ultra orthodox Jewish community with the fact she's gay. She's now married with children and balances her sexuality and spirituality for the sake of her family.

8. Read the story of Nehad on Buzzfeed after she escaped from ISIS. Nehad, who's a member of the Yazidi population, was held captive, raped and fell pregnant to her captor. She had to leave behind her baby when she escaped and several of her siblings are still missing, but Nehad is determined to live life like a normal 17-year-old.

And from us? We spoke to Michelle Heaton about her decision to have a double mastectomy, ovariectomy and hysterectomy after she found out she had a faulty gene which put her at high risk of breast and ovarian cancer. Michelle's brave #ThisisMe story is on our page now!