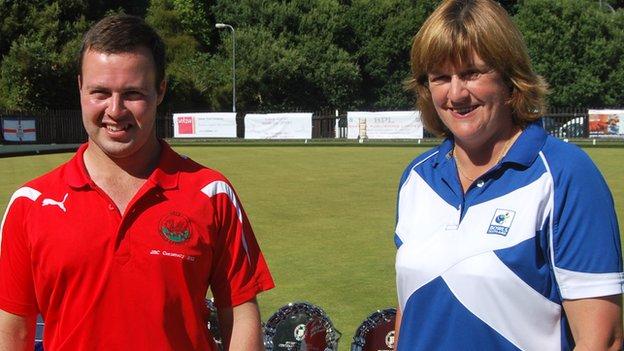 He overcame Scotland's David Miller 21-17 in the final at Westmount.

There was success for the Scots in the ladies' competition, though, as Sheila Douglas beat Jersey's Pat de Gruchy 21-13.

Players from England, Scotland, Wales, Ireland, Jersey and Israel competed during the week.

The tournament was one of the showpiece events in the celebrations to mark 100 years since the formation of the Jersey Bowling Club.

"We've been planning this for six years, we're on the final day and it's been a great success," club president Jean Lowery told BBC Radio Jersey.

"They've all been a great bunch and there's been a lot of good bowling going on."