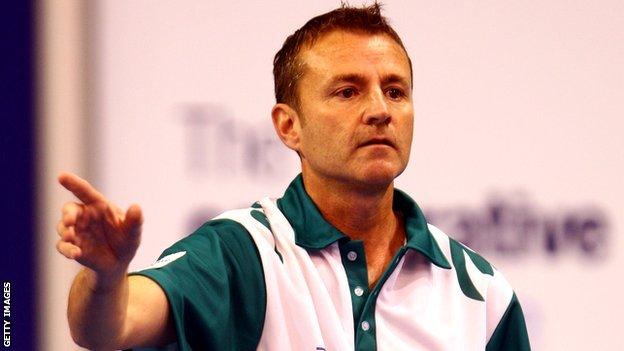 Former world champion David Gourlay has been knocked out of the Scottish International Open in Perth.