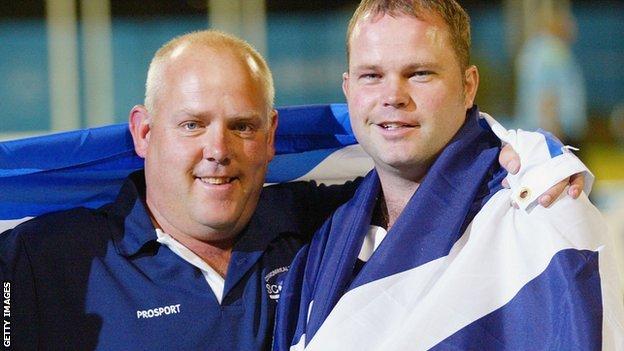 In doing so, they become the first duo to hold the indoor and outdoor titles in the same year, having already won the PBA indoor pairs championship.

"To beat the Aussies on their turf, with such a vibrant Scottish support, is fantastic," said Marshall, 45.

Scotland's medal tally in Adelaide now stands at one gold and three bronze.

And over the next two days at the Adelaide event the Scotland team is guaranteed two silver medals at least when the ladies' fours and the men's triples finals take place.

David Gourlay, Scotland's head coach, said: "This has been an incredible performance by Paul and Alex.

"They have both worked very hard over the last year. This is a culmination of all their hard work."

The success for Marshall, from Gifford in East Lothian, means he has now won 15 world titles, indoor and outdoor and surpasses the record held by Tony Alcock, the chief executive of Bowls England.