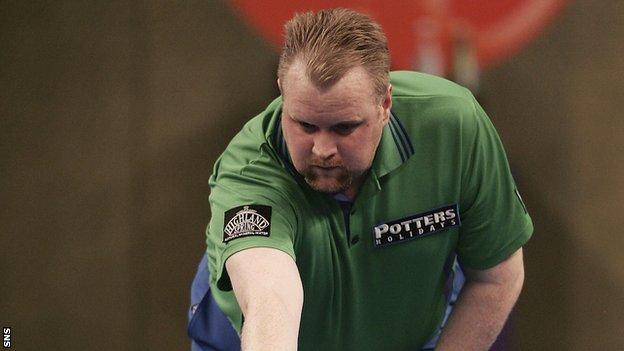 Scotland's bowlers have won a third gold medal at the World Championships in Adelaide.

David Peacock, Darren Burnett and Graeme Archer triumphed in the men's triples with a 13-12 win over Australia.

On the penultimate day of the competition, the result puts them second overall in the medals table with three gold and three bronze.

"It's always been my ambition to win a world title," said Archer.

"To come to here, play against Australia and win is pretty special.

"I'm delighted for myself and the whole Scotland team, we've had a phenomenal tournament."

That meant they became the first duo to hold the indoor and outdoor titles in the same year, having already won the PBA indoor pairs championship.

Despite Australia only scoring on five of the fifteen ends, the result still came down to the wire, with the Scottish team winning by the narrowest of margins.

Archer smashed the jack into the ditch on the final end and Casey's final bullet ended millimetres short.