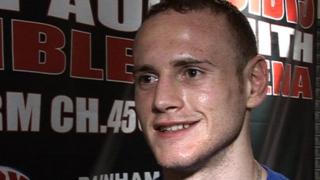 George Groves insists he is not yet ready to fight for a world title shot, despite blasting away Paul Smith in two rounds to defend his British and Commonwealth super-middleweight belts.

The Londoner made short work of his rival at Wembley Arena to take his record to 14 fights without defeat but says he still has much to learn to achieve his goal of becoming "one of Britain's greats".