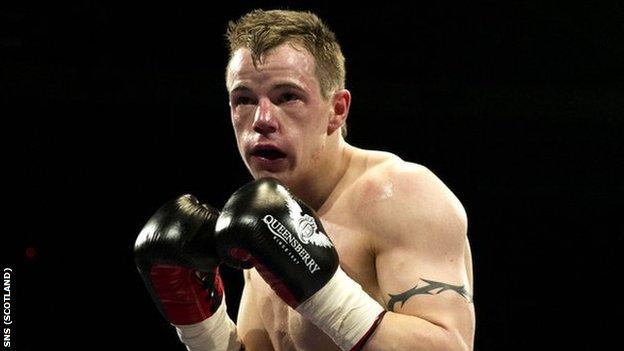 Paul Appleby will meet Steven Ormond for the vacant Celtic super-featherweight championship at the Braehead Arena on 10 March.

The fight will be support to Ricky Burns' defence of his WBO World lightweight bout against Paulus Moses.

He was unfortunate to lose out to Walsh in a thrilling encounter which won Boxing Monthly's 'Fight of The Year'.

Appleby, from South Queensferry, will be seeking a similar performance but with a better outcome when he meets the Dubliner who brings an unblemished record of 11-0 with him to Glasgow.

"I'm looking to get a good win for the Ormond clash, he's got an unbeaten record but I'll be looking to change that in Glasgow," said Appleby.

"After putting so much in and still not getting the win in the Walsh fight, I'll make sure I do everything possible to make sure my hand gets lifted at the end of the fight this time."