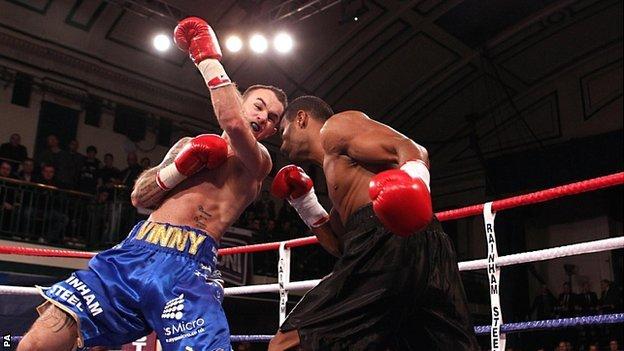 "I'll be a world champion in the summer, I promise you," said Mitchell.

"I'll have another fight in March and we'll fight Burns in the summer. Ricky Burns is a lovely lad but I'm going to have to beat him."

Mitchell, 27, fought Australia's Michael Katsidis for the WBO interim lightweight title in 2010 only to be stopped in three rounds.

However, he stopped Manchester's John Murray in eight rounds last July to put himself back into world title contention.

Another option for Mitchell would be to fight Brandon Rios, who beat Murray last December to claim the vacant WBA lightweight crown.