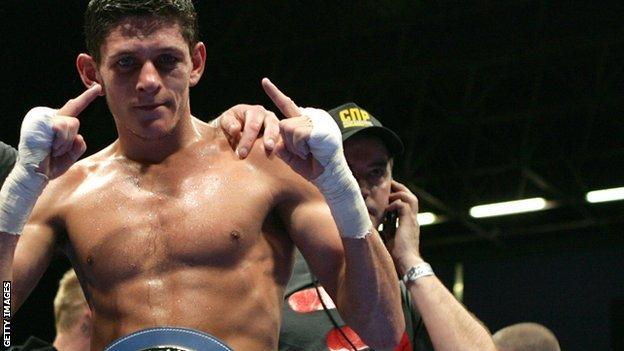 McDonnell dominated from the first bell at Hillsborough Leisure Centre, Sheffield, and began to land some classy combinations early on.

The 25-year-old then caught the former WBO flyweight challenger with a neat right hook at the start of the second.

And Pozo went down after a strong left into the body at the end of the second.

Pozo, stepping up a weight at just two weeks' notice, looked out of his depth and McDonnell now looks on course for a possible shot at a world title later this year.

"I'm stepping it up now," McDonnell told Sky Sports. "That's what I came out to do - look good, take my time and pick my shots.

"I'd like to have a good hard 10 or 12 rounds first [before a world title shot]. But I'm not complaining - he's boxed for world titles and I just got rid of him.

"I didn't get out of first gear to be honest."

Promoter Frank Maloney added that he thought McDonnell was "two fights away" from a world title tilt.