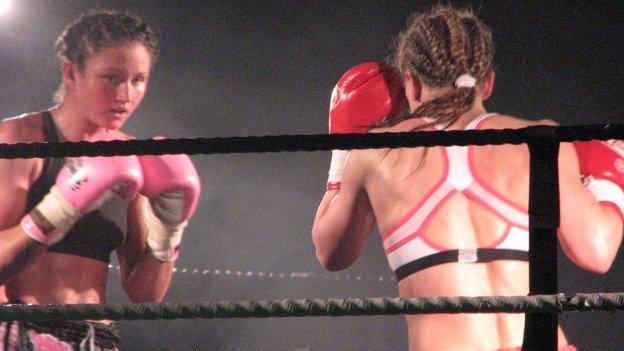 "It was an amazing feeling winning a fight in front of my home crowd," she told BBC Radio Cornwall.

"I felt in control but you can never be too confident, anything can happen at any time."

Kitchen said she was confident she would win, despite going into the fight having recovered from a nasty cut above her eye.

"I knew that she would go for it, she's got a really nice right overhand and I knew she would be after it so i tried to keep my guard up," she said.

"I've been in fights where you kind of worry but the whole time, but I felt that if i wanted to push forward could stalk forward and she'd step back against the ropes."

Kitchen will now concentrate on maintaining her unbeaten record in the Muay Thai Premier League when she fights in France later this year.