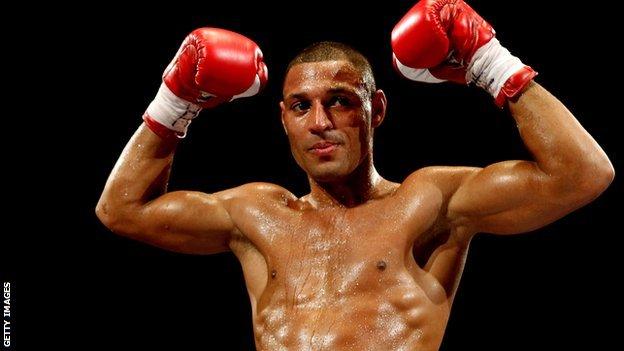 Sheffield's Kell Brook insists he is focused on beating Matthew Hatton and moving closer to a world title shot.

Welterweight Brook, 25, is undefeated from 26 fights but faces the toughest test of his career on Saturday when he meets the former European champion.

Brook has been touted as a future opponent for Amir Khan, but refuses to be distracted away from Hatton.

"He is a dangerous opponent and I'm full of respect for him. If I take him lightly, he will beat me," said Brook.

He added: "I have to be 100% focused on him and I'll let others do the talking about these fights in the future, but right now it's all about Hatton.

Whoever wins is going on to a world title so it's going to come down to who the better fighter is. I believe it's me

"Fights with world champions are what every boxer dreams of and I'm no different.

"But at no point have I taken my eye off the ball during the build-up to this fight, even when people have asked me about Khan and the rest.

"Matthew Hatton is no walkover. A lot of people are saying I'm the favourite, but I haven't slacked from any kind of training because anything can happen in boxing.

"Whoever wins this fight is going on to a world title so it's going to come down to who the better fighter is and who the number one in the division is. I believe it's going to be me.

"I will enter the ring as the hometown favourite and leave that ring with a great win and ready to fight for a world title."

More than 9,000 tickets have already been sold for the clash, which takes place at the Motorpoint Arena in Sheffield on Saturday.