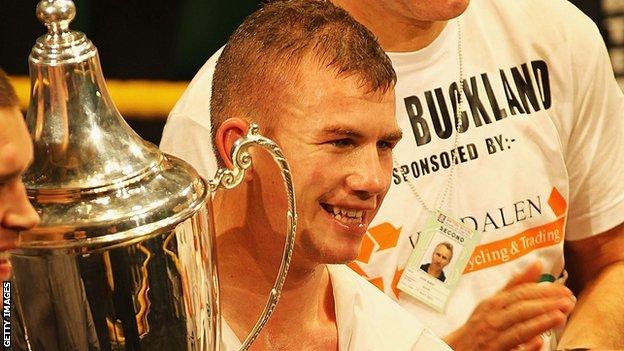 The 25-year-old Welsh fighter defended his crown for the first time in style at Sheffield's Ponds Forge Arena as he dominated a disappointing rival.

The ropes saved Truscott a second round knockdown but Buckland continued to control virtually every round.

Buckland did knock Truscott down with a superb right uppercut in the 10th.

The judges scored the fight 119-109, 120-108 and 118-110 for Buckland, who is now set to fight former European title contender Stephen Foster, the mandatory challenger.

"Stephen Foster versus Gary Buckland, what a fight that would be," said the pair's promoter Ricky Hatton.

Newport boxer Buckland fought for the European lightweight title in May 2010, losing to John Murray in an 11th round knockout, before moving to super-featherweight.

Fegatilli beat Foster to win the European crown in February 2011.