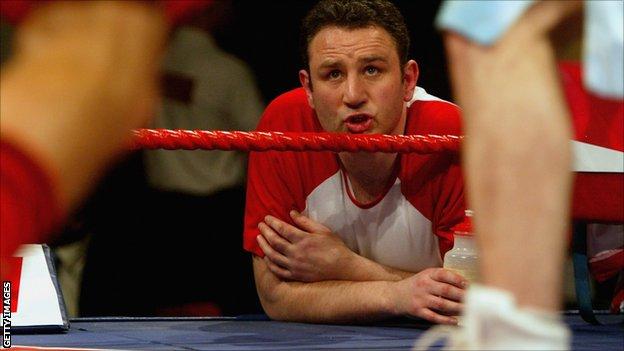 GB Boxing performance director Rob McCracken has named his squad for the final Olympic qualifier, which takes place in Turkey from 14 to 22 April.

"We have a lot of talent at lightweight and Josh and Joe both deserve their opportunities after some good recent performances," said McCracken.

GB MEN'S BOXERS WHO HAVE QUALIFIED FOR 2012

(Women's qualification is dealt with entirely by the 2012 World Championships in Chongqing, China in May)

"Sam joined the squad recently, after his victory in the GB Championships, and has performed tremendously in training and competition, where he has acclimatised very easily to the demands of international boxing.

"He recently won a tournament [the Gee Bee event in Finland], where he boxed superbly and beat some very good quality opponents, and merits the opportunity to go to the qualifier."

The number of Olympic places available differs across the weight categories.

To secure an Olympic place Edwards will need to make the semi-finals at light-flyweight. At middleweight, Ogogo needs to make the final and at heavyweight Warren Baister must win the competition to qualify for London.

At light-heavyweight and lightweight a boxer needs to make the final or lose in the semi-final to the eventual winner of the competition to get to London 2012.

"There were some very tough calls to make in reaching a final decision at a couple of weights," added McCracken.

"But in the end we have settled on those boxers whom we feel have the best chance of meeting the qualifying standard in what will be a very tough assignment."

The boxers that are competing in Trabzon are going to a training camp in France before flying to Turkey on 11 April.