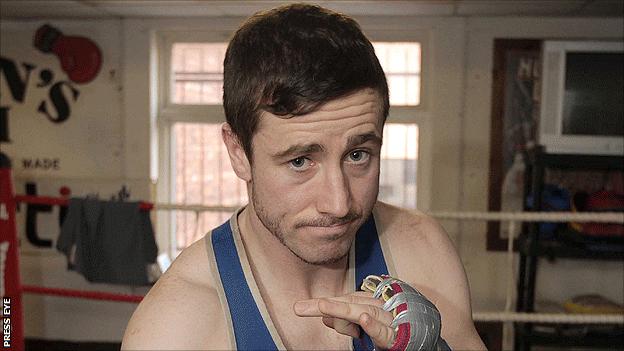 Dungiven light-welterweight Paul McCloskey has a change of opponent for his contest in Belfast on 5 May after former IBF world lightweight champion Julio Diaz pulled out of the bout.

Diaz has been forced to withdraw from the bill because of weight problems.

Instead, McCloskey will fight DeMarcus Corley who is currently ranked 15th by the World Boxing Council.

McCloskey will hope that victory over the American could edge him towards another world title shot.

Thai fighter Prawet Singwangcha was linked with a possible bout with the Northern Irishman but that match-up also fell through before the Corley contest was agreed.

The contest will take place at the King's Hall as McCloskey, 32, aims to press his claims for another world title shot.

McCloskey has not fought since beating Breidis Prescott in September 2011.

That came five months after McCloskey lost to Amir Khan on a controversial points decision in Manchester.

The then WBA light-welterweight champion got the verdict after the contest was stopped in the sixth when McCloskey sustained a gash above an eye.