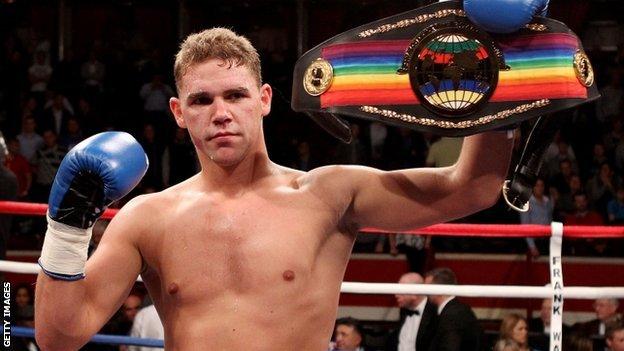 The referee stopped the contest after Hill failed to recover from a Saunders right-hand and the flurry of punches that followed.

Hertfordshire-born Saunders has now won all 13 of his professional fights.

Hill, who had almost 90 amateur bouts and boxed for England 15 times, had won eight of his previous 10 professional contests.

It was the first boxing match at the London venue since 1999, after its licence was revoked following complaints about noise levels from residents.