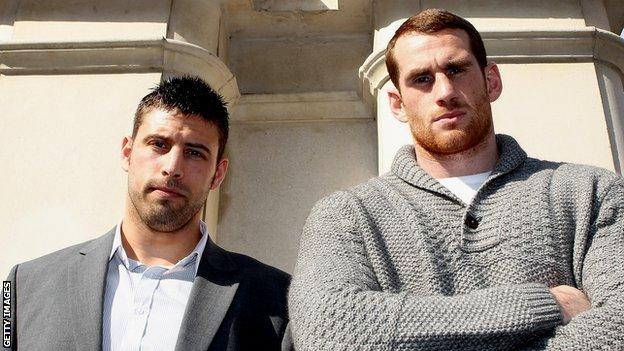 Liverpool's David Price says beating Sam Sexton for the vacant British heavyweight crown on Saturday would be "the start of something big".

"So many great fighters have held that belt, [but] Sam Sexton will be the most difficult opponent I've faced."

Price and Sexton are fighting for the title vacated by Manchester's Tyson Fury, who last week labelled Price "a bum".

However, Price refused to be drawn into a war of words, perhaps mindful of the furore caused by the announcement of the July match between David Haye and Dereck Chisora.

"Thankfully, David and Sam are both gentlemen who will give the fans a fight to remember," said Price's promoter Frank Maloney.

"There has been no trash-talking, and whoever wins will be proud to call themselves British champion."

Price has stepped up his level in recent fights, stopping fellow domestic prospect Tom Dallas in two rounds last June before beating John McDermott, who was unlucky to lose a decision against Fury in their first fight in 2009, in less than two minutes.

If Price beats Sexton, who went nine rounds against Chisora in 2010, a fight against Fury would be the obvious next step, however different TV deals for Fury and Price might complicate matters.