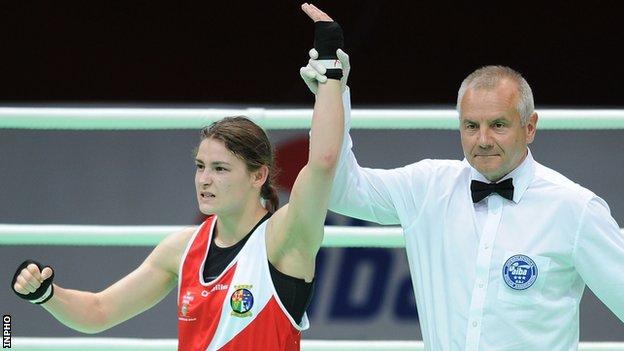 Taylor, who guaranteed her place in London by qualifying for the semi-finals in China, beat Russia's Sofya Ochigava 11-7 in the lightweight final.

The Bray woman's victory means she will need to win only one bout at the Olympics to be guaranteed a medal.

That is because Taylor will earn a bye through to the Olympic quarter-finals.

Both boxers scored two points each in the first two rounds for a 4-4 scoreline in Qinhuangdao.

Taylor zipped ahead in the third with a 4-2 score and then sealed the win over the former world champion as she won the final round 3-1.

The Irishwoman was also named best boxer of the tournament.