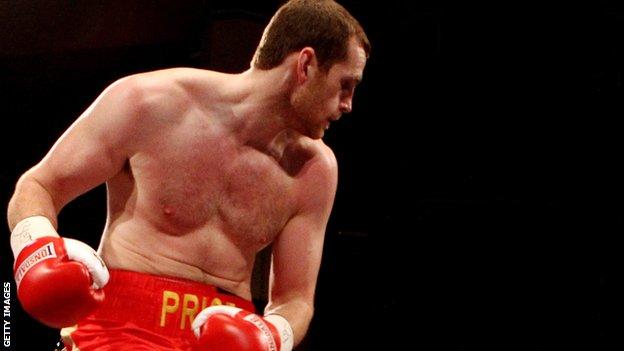 Norwich's Sexton was defeated in four rounds by the unbeaten 6 ft 8ins Merseysider in their fight for the vacant titles last weekend.

"He's better than I gave him credit for. If he's not already, he's going to be a world class fighter," Sexton told BBC Radio Norfolk.

"He's a massive puncher. Definitely the biggest puncher I've been in with."

Former Commonwealth gold and Olympic bronze medallist Price has now won all 13 professional bouts, 11 of them by knockout - and is only the second man to defeat Sexton after Dereck Chisora.

He dominated the fight at Aintree, knocking the 2008 Prizefighter winner down twice before forcing the stoppage in less than 12 minutes.

"As a pro he's slowed up from what he would in the amateur game, but he's technically very good," said Sexton.

"I noticed when I was in there that he was always waiting for the counter shot.

"He knocked me down and I thought 'fair enough, you tagged me'. I was fine the first and second time but obviously the third was waved off."

Price is now expected to pursue a showdown with former British champion Tyson Fury, while Sexton will concentrate on increasing the number of bouts he has each year.

"I'll get straight back in the ring again. You've definitely not seen the end of me," he insisted.

"Hopefully we can get more regular fights now and move forward quicker. I still don't believe I'm anywhere near the finished article yet."