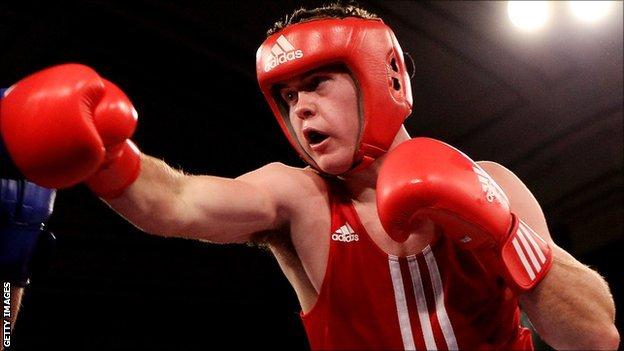 He told BBC Essex: "I'd rather stay about in the amateurs, because if you go in the GB squad it's only going to make you a better fighter."

"If I could have a few years on that and gain more experience, then I think I'd be better off doing that."

Dignum, from Bowers Gifford, near Pitsea, already has a major event in his sights.

"In two years time, the Commonwealth Games are in Scotland, that's what I'd like to get to."

Danny's twin brother John, who was a 2011 Amateur Boxing Association champion, has since turned professional.

He won his debut pro fight at Bethnal Green in January, beating Ryan Clark on points.