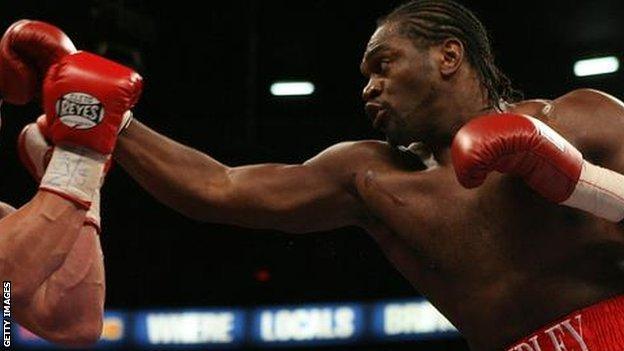 Audley Harrison marked his ring return with a knockout victory over Ali Adams.

The 40-year-old former Olympic champion inflicted a fourth-round stoppage on Adams at the Brentwood Centre in Essex.

Saturday's fight was his first since a one-sided WBA heavyweight title defeat by David Haye in November 2010.

Adams had boasted that he would end his opponent's career with a round four win and Harrison said on Twitter: "I'm back. Poetic justice to end it in four after he said I would be on the floor."

"No hard feelings though and I wish him all the best."

Harrison sent his opponent to the canvas with a right hand and although the London-based Iraqi managed to get to his feet, a flurry of follow-up shots from Harrison prompted the referee to step in and end the contest.