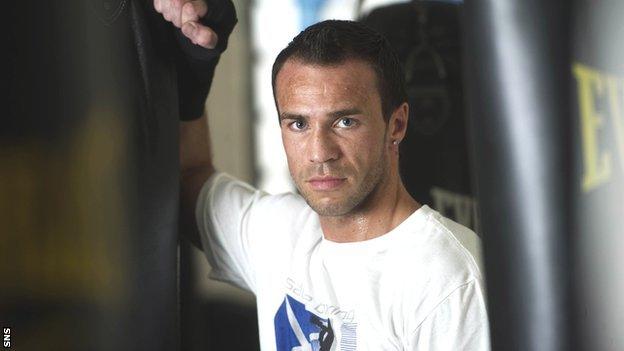 After an accidental clash of heads in the third round, the challenger was left with a gash in his forehead.

Rose's record now stands at 20 wins, one draw and one defeat, while Carslaw, 27, has 15 wins and two defeats.