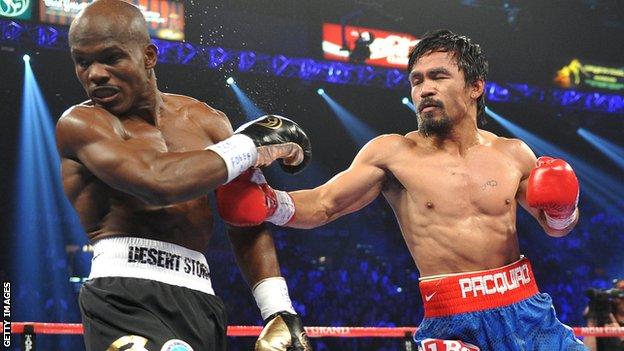 Manny Pacquiao has won a WBO review into his split-decision defeat by Timothy Bradley earlier this month.

On the night two judges scored the bout 115-113 in the American's favour, prompting boos around the MGM Grand.

The WBO has now met with five international judges to evaluate a video of the fight and they unanimously scored it in favour of Pacquiao.

The original result still stands as the WBO does not have to power to overturn it, but a rematch could be ordered.

It was a first defeat in seven years for Philippines fighter Pacquiao, who landed 94 more punches than Bradley.

Pacquiao is already guaranteed a rematch because of a clause in his contract.

According to Bob Arum, the promoter for both fighters, 33-year-old Pacquiao has indicated he would prefer the rematch over Bradley forfeiting the WBO welterweight title.