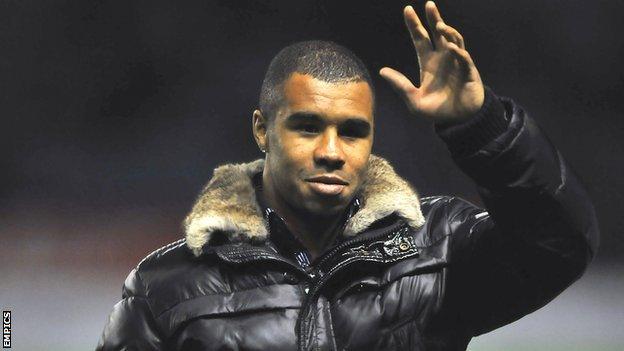 Rendall Munroe says he will have too much experience and class when he faces Scott Quigg for the WBA interim super-bantamweight title on Saturday.

Munroe, 32, takes on the 23-year-old British champion at the Manchester Velodrome and the Leicester man says Bury's Quigg is not ready.

"I have been in with the elite boxers," Munroe told BBC Radio Leicester.

"I don't think they wanted this fight. I think the idea was to get a world title fight and keep Scott coming on."

Munroe and Quigg's promoter Ricky Hatton said Munroe's pedigree made finding the right opponents extremely tough but believes this contest could be one of the best fights of 2012.

Munroe, who fought Japan's Toshiaki Nishioka for a world title in October 2010, believes his big-fight experience will prove to be the telling factor.

"I went over in Japan where I boxed the pound-for-pound best boxer in the world," Munroe added. "It was a learning curve for me - it was my first step up.

"I have learned a lot since Japan. I am in better condition now. I am a new man, it's a new chapter.

"I have come back better, stronger and faster - everything. This is my chance to prove that I am world class. I am up for it and ready."

The former binman binned the bins in October of last year and says that gives him even more of an edge.

"I am a fully-fledged professional boxer instead of a semi-professional," he said.

"That makes a lot of difference. I have been at the weight for four weeks so it's just about getting sharp and ready for action.

"We have all angles covered. I'm well excited and raring to go.

"This is my second chance and I am here to grab it with both hands.

"If this is just the interim title and I have to fight again to be the world champion then so be it.