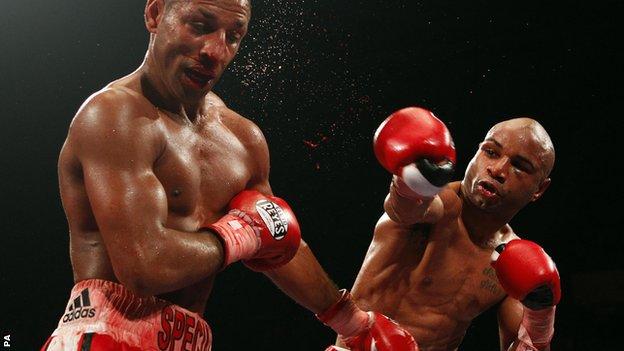 The 26-year-old had blood pouring from his nose after being pushed all the way by world number three Jones.

"I think I've proved I've got the heart. I stood my ground and did what I needed to get the fight," Brook said.

Cheered on by his hometown crowd in Sheffield, Brook controlled the early rounds against his higher-ranked opponent.

But after Brook's classy start, Jones battled back and badly bloodied Brook's nose in the eighth as the British fighter began to look ragged.

In the final round, Jones pushed hard for a knockout but after an anxious wait, Brook was declared the winner.

"Carson Jones has won my respect tonight It was a fight I needed, to dig in - if you don't get through the fight you don't win," said the former British Welterweight champion.

Jones had no complaints about the decision but is hoping for a rematch after such a narrow defeat.

"I think it was a close fight. Hopefully we can do it again, and make it right," he said.

"I should have started a bit earlier and it might not have been as close. But I take nothing away from him, he's a great fighter."