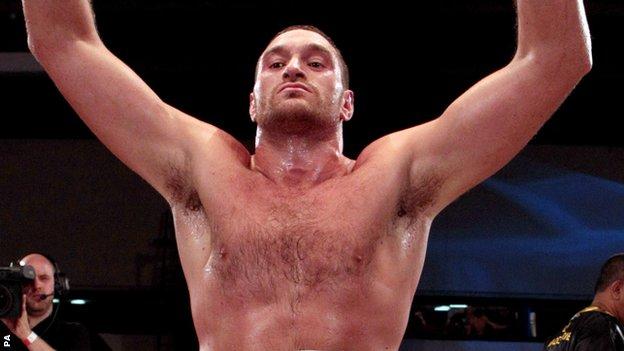 The 23-year-old dominated the fight to maintain his unbeaten record.

Maddalone, 38, was bleeding from a cut to the face in the fourth round before the referee stopped the fight midway through the fifth.

"I actually called the referee over, because he is a tough guy but he was taking some real shots," said Fury.

The Manchester-born fighter, who had to work behind a constant flurry of Maddalone jabs, added: "I was throwing some combinations and I was enjoying it."

The technical knockout means that Fury has now won 14 of his 19 victories inside the distance.