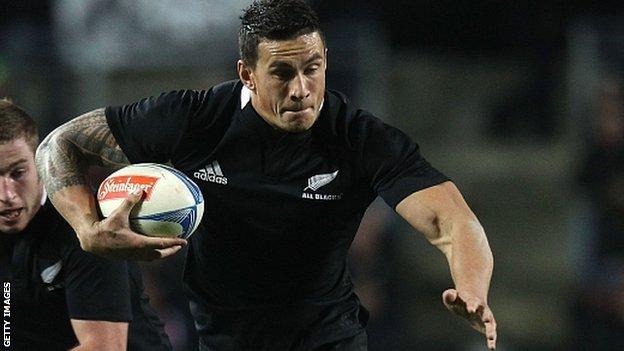 Promoter Thinus Strydom said arrangements for the bout, which is scheduled for Durban on 17 November, were concluded this week.

All Blacks wing Williams is the New Zealand heavyweight champion.

Asked earlier this year about a possible fight against Williams, Botha told South African newspaper Rapport he would do it "during half-time of a rugby match" with "one hand tied behind my back".

The 27-year-old Williams helped New Zealand beat Australia on Saturday but is quitting the All Blacks to play rugby union in Japan next season.

Since 2009 he has boxed five times, winning all of his bouts.