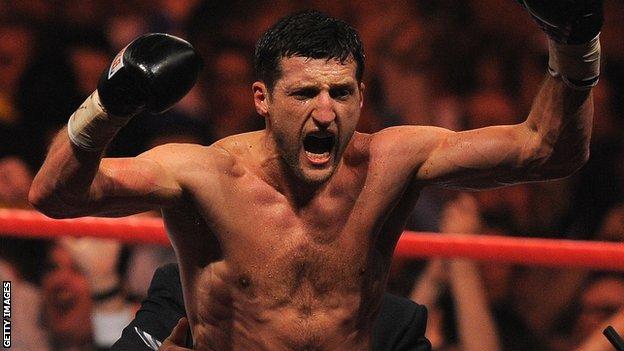 Carl Froch will fight American Yusaf Mack in a first defence of his IBF super-middleweight title in Nottingham on 17 November.

Froch, 35, became a three-time world champion when he beat Lucian Bute in May and faces a rematch in March.

Mack, 32, is ranked sixth in the world by the IBF at light-heavyweight.

"The Bute win was one of the greatest nights of my life and I plan on doing something special against Mack. He's got nothing to lose," Froch said.

"I know he'll put it all on the line to take the title from me so I'll be fully prepared for everything he's got and I'll be hitting him with all my best."

Mack has a record of 31 wins, two draws and four defeats, including an unsuccessful challenge for Tavoris Cloud's IBF light-heavyweight title last June.

South Africa's Thomas Oosthuizen was one of the potential opponents that had been speculated about for Froch, who is also targeting a rematch with Mikkel Kessler.