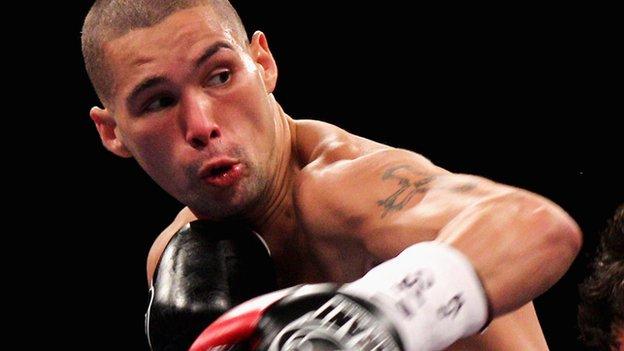 Light-heavyweight Tony Bellew enhanced his reputation with a ninth-round stoppage of Edison Miranda in London.

The Liverpudlian survived an early barrage at Alexandra Palace before moving through the gears to dominate.

As the Colombian began to tire, the 29-year-old landed a left hook to the body which saw Miranda drop to one knee, forcing the referee to step in.

Bellew, who is the British and Commonwealth champion, has now won 18 of his 19 fights.