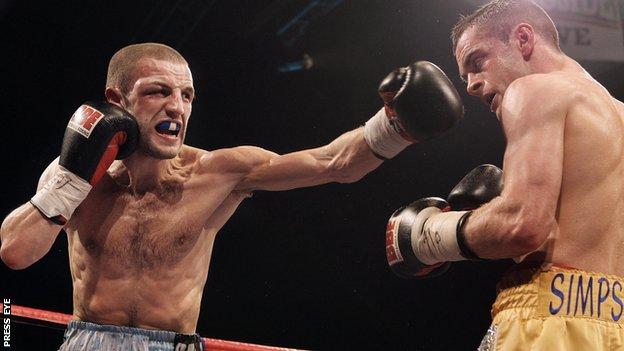 Martin Lindsay heads into his British and Commonwealth featherweight title fight on Saturday buoyed after becoming a dad for the first time on Thursday.

Selby will go into the fight as a strong favourite.

Lindsay lost the British title in a bruising contest against Scotland's John Simpson in Belfast in December 2010.

Simpson then surrendered the British belt in a bout against Commonwealth champion Stephen Smith in April 2011 but Smith lost both titles when he was knocked out by Selby five months later.

Selby subsequently knocked out Simpson in the first defence of his titles and the Welshmen defended the Commonwealth belt last May with a fifth-round stoppage of Ghana's Patrick Okine.

The champion will go into Saturday's contest as favourite but Lindsay has spoken of his belief that he upset the Welshman.