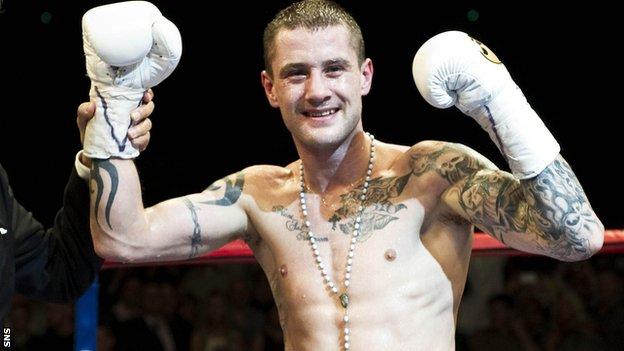 Ricky Burns will make the next defence of his WBO world lightweight title at London's Excel Arena on 15 December, with his opponent yet to be announced.

The 29-year-old turned in an impressive display to stop Kevin Mitchell in the fourth round in Glasgow last month.

Scott Harrison was hoping for a crack at Burns but the choice of venue makes an all-Scottish affair unlikely.

Burns has fond memories of London, having beaten Michael Katsidis at Wembley Arena to first claim the belt.

Unbeaten Commonwealth super-middleweight champion George Groves will fight on the undercard at the Excel Arena.