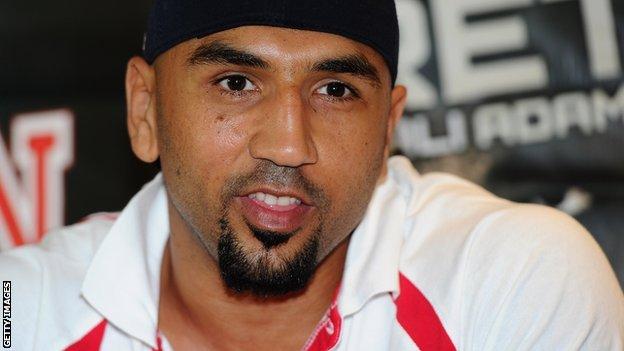 London-based heavyweight Ali Adams has been handed a two-year ban for an anti-doping offence following his defeat against Audley Harrison.

Adams, 30, tested positive for stanozolol, an anabolic steroid, after his fourth-round stoppage against Harrison on 26 May.

The Iraqi-born boxer was provisionally suspended on 13 June.

A two-year ban has now been confirmed by UK Anti-Doping which will keep Adams out of the ring until 12 June 2014.