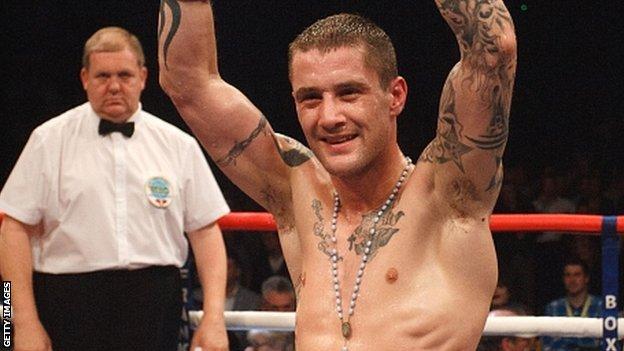 Scotland's Burns, the WBO lightweight champion, is a heavy favourite to beat Walsh, who has had only 13 pro fights.

Burns turned down the chance to fight Broner, who challenges for the WBC title in November, last year.

George Groves and Billy Joe Saunders will defend their Commonwealth titles on the same bill in London.

Coatbridge fighter Burns is coming off a classy four-round stoppage of Kevin Mitchell last month and a match with Broner, who is unbeaten in 24 fights with 20 knockouts, would be eagerly anticipated.

"The big motivator is a showdown with Broner, who I was accused of avoiding last year," said Burns, who has 35 wins from 37 fights.

"Since moving up to lightweight and winning the world title, my stock and profile has increased and now it's a much bigger fight than before."

The unbeaten Walsh, 26, made headlines when he came through a gruelling contest against Paul Appleby last September.

"To fight for the world title is my dream and I'm going to cause a big upset on 15 December at the ExCeL when I take the crown from Burns," he said.

"He's looked great in the last few years and he did a stunning job on Mitchell. He's in the prime of his career now so when I beat him people will know that I've beaten the best."