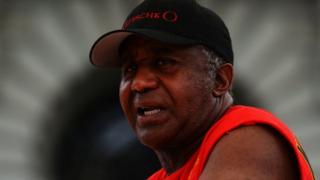 Steward was unique, 'he made fighters'

Legendary boxing trainer Emanuel Steward is described by fellow coach Enzo Calzaghe as a "unique" trainer who "made fighters" after the death of the 68-year-old was announced on Thursday.