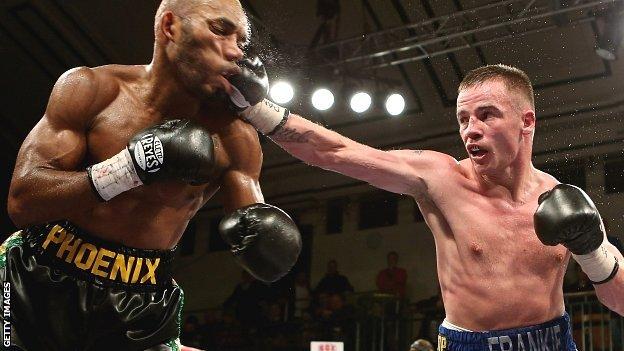 Frankie Gavin is the new British welterweight champion after a hard-working performance was rewarded with a unanimous decision over Junior Witter.

Gavin, 27, had looked wary of Witter's power early on but grew into the contest, landing the fight's cleanest series of shots in the eighth round.

Witter dropped his workrate and hands in an attempt to lure Gavin in and was docked a point for holding in the 10th.

The 38-year-old raised the tempo but had too much of a deficit to make up.

"It means everything," Gavin told Box Nation. "A year ago, no-one ever thought I would even win an English title and now I am back where I belong."

Gavin, who has suffered with problems away from boxing, including bereavement, relationship issues and illness,

The Birmingham fighter's win over Witter at Bethnal Green, whose tactics included switching stance for periods in the fight, extends his unbeaten professional record to 14 fights.