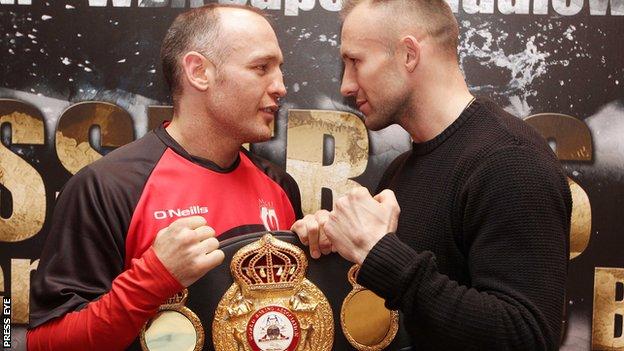 Brian Magee is the new WBA super-middleweight world champion after having his interim title upgraded by the governing body.

The decision means that Magee's fight against Mikkel Kessler on December 8th is not for the vacant world title.

The 37-year-old southpaw is now rated as the reigning and defending WBA super-middleweight champion.

If Magee beats Kessler, he will fight the unified world champion Andre Ward next year.

Mgaee is targeting a hat-trick of wins over Danish opponents.

He has already beaten Mads Larsen in 2010 and stopped Rudy Markussen inside five rounds in February of this year, but rates Kessler, a former WBA and WBC champion, as the best champion he has ever faced.